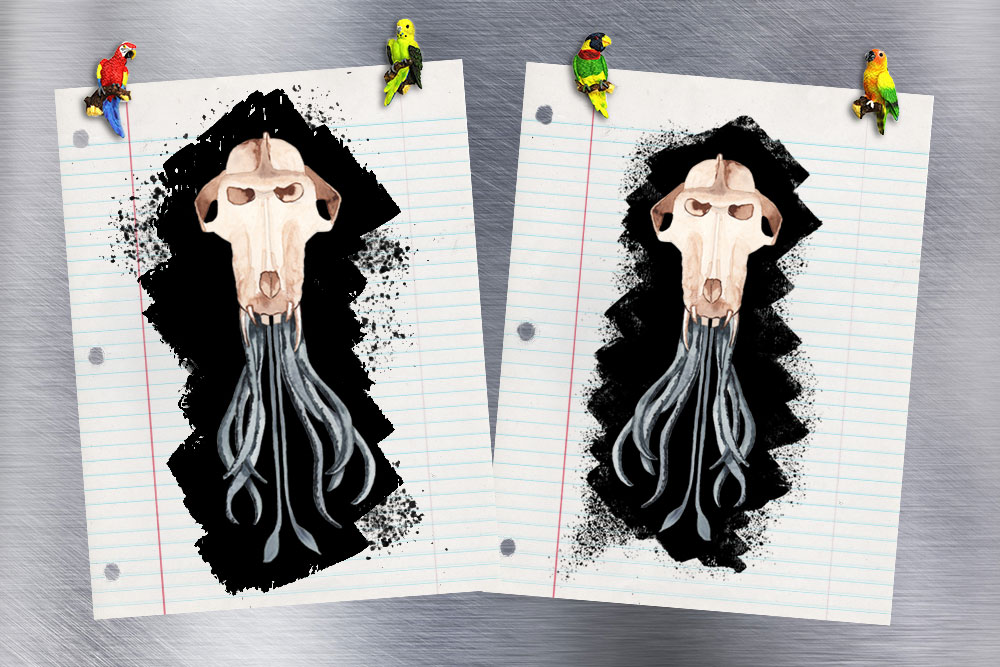 Benjamin Rosenbaum’s “Later That Day” is a short piece packed with the search for meaning. The juxtaposition of settings and the differing rules for interacting with each—from a group of baboons to a holding company to a third-grade classroom and so on—underscores the personalities we all must fabricate and assume in this modern world. I found the end particularly soothing, a reassurance that we can sometimes just let go and let someone take over for awhile.

Later that day I was mauled by a troop of baboons. They left me bitten and bleeding under a bush.

I became afflicted with Stockholm Syndrome and hung around the baboon troop, making excuses for them and also making them sandwiches. I thought perhaps that the assault was just the baboon way, or that it was an initiation, or that I had trespassed on their territory. It turned out that, no, these baboons in particular were just assholes. Some baboons are nice.

I was full of anger and I was taking it out on parrots. I hunted them, cut off their beaks and made fun of the way they looked without beaks. I'm not proud of this. It was sadistic. Also: why parrots? Perhaps I could not yet face my anger at the baboons—but parrots? Specifically? My therapist asked if I envied the parrots their bright coloration, or their fluency in the languages of many species—their ability to communicate with those who are profoundly other. This seemed like a reach.

The therapy was useful for a while but then my relationship with the therapist became more difficult when I mutilated his parrot. I apologized but things were not the same.

Later that day I was invited to speak at my third grade alma mater. The classroom was still in use, although it smelled like ash and spoiled gravy. The school district had kept my third grade teacher Mrs. Benson alive—and, they said, in top teaching condition—with regularly injected megadoses of megavitamins. Her skin glowed faintly orange. She jerked her limbs constantly. She was doing her best but you could tell burnout was setting in.

The children had been replaced by appliances. There were toasters, mixers, La-Z-Boys, power saws, window air conditioning units, and a big fat dishwasher who you could tell would have been the class clown. Except that it was a dishwasher.

For appliances, they were a good group. Still Mrs. Benson seemed frustrated. She was unable to make headway. After my talk, I wanted to tell her about what had happened with the baboons but there was an awkward silence between us. The fact is: she was too burnt out. The old Mrs. Benson, before the megavitamins, would have listened.

Later that day I decided to try life underwater. Why not? It wasn't like I was doing so hot on land. I got together with a group of colossal squid who seemed to be pretty all right. After the baboons and the holding company I was wary of group dynamics, but the squid were very winning and I felt like they accepted me. They were heading west. For a while I could keep up on my own (I am a strong swimmer) but then I got tired. They said it was no problem to pull me.

It was hard to accept their help. I was embarrassed and even angry. But I decided to trust them. I fell asleep that night being towed west, cradled in their long rubbery arms.